We welcome you to explore our upcoming events and activities for the month. Check back each week to make sure you don’t miss out on any major networking opportunities! 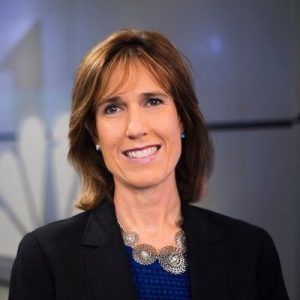 It is our pleasure to announce that our August Speaker will be 11Alive’s own News Director, Jennifer Rigby! Jennifer Rigby will give us a sneak peek of what it is like behind the scenes of a newsroom and how news has changed in the age of social media.

Jennifer Rigby is News Director at The Networks at 11Alive in Atlanta, Georgia, overseeing the news and content efforts of two television stations, WXIA and WATL, and those for all associated digital properties, including 11Alive.com and myATLtv.com. She joined 11Alive in November 2014.

She was previously vice president of live programming at The Weather Channel television network, responsible for more than 99 hours per week of live programming. She joined the network in 2010 as multimedia content director, coordinating coverage on all platforms and also held the role of senior director coverage and talent.

During her 33-year career, Rigby also worked as executive producer and assistant news director at KFSN in Fresno, and has held producer positions at KTSP (now KSAZ) in Phoenix and KTVX in Salt Lake City. She started her career at KTVX before graduating from the University of Utah with a bachelor’s degree in communication. Rigby is an alumnae of Leadership Atlanta.